Welcome to the world of animal and spirit communication!

"I speak for the voiceless by giving our loved ones a voice."
Karen Daley 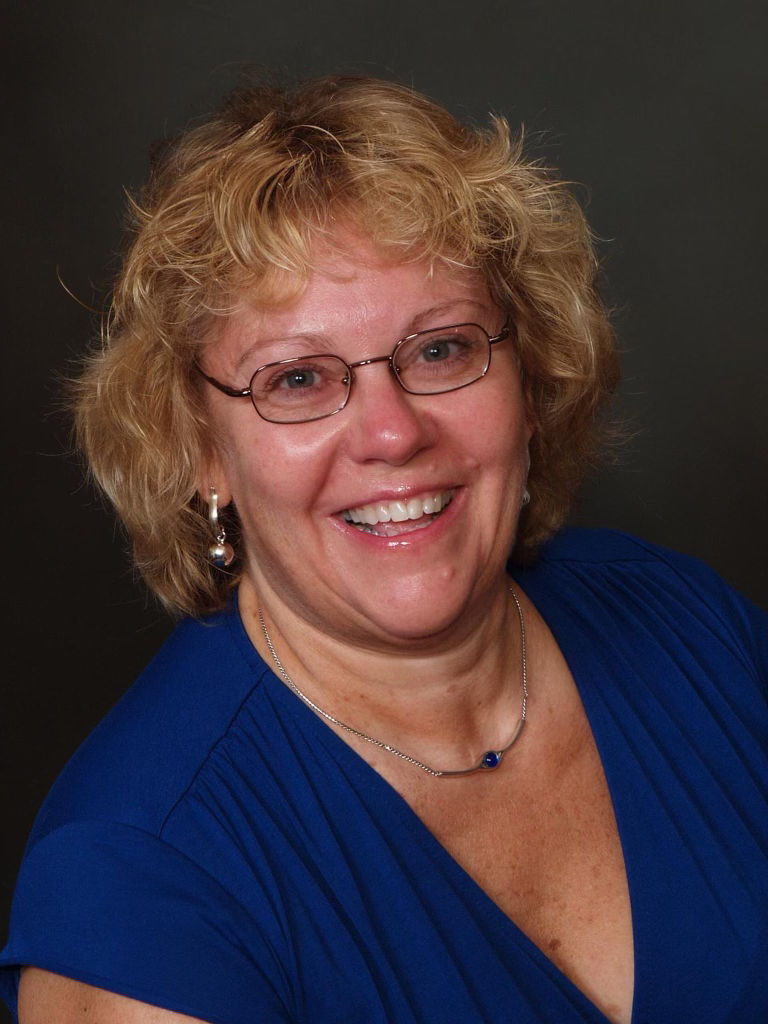 Welcome to the world of animal and spirit communication!

I support many local and out of state shelters, equine, and other animal rescue organizations. I am the Vice President of The First Spiritualist Church of Quincy, a member of AACN, MSPCA,ASPCA, PETA, and Heritage Horse Fund to name a few. She has also been a presenter on Animal Communication at the annual Equine Affaire held in West Springfield, Massachusetts each November.

"I was a quiet child from a loving, caring family who was very psychic from a young age. However, I stuffed it away until my adult years when my mother passed to spirit following my father four years prior. I have been an animal lover since as far back as I can remember."

Featured in the Following:

Meeting of the minds at psychic fair

Karen Daley was featured in an article in the Providence Journal in which the author wrote about her psychic/mediumistic abilities.  Read here for more information.

Meeting of the Minds at Psychic Fair

At a psychic fair hosted by the First Spiritualist church of Rhode Island, Karen did readings of mediumship and animal communication. Karen has been communication with animals since she was a child, and considers it normal!  "I am an antenna for what information, pictures  and messages come." Karen said. the information from animals , Karen said can come in English or in the form of pictures or feelings.  Animals feel and experience all the emotions we do.. some are funny, some serious.

Karen Daley was featured on the Pamela Marie Edmunds Show

Listen to the show to learn more about Karen and animal spirit communication.

Topics included: “What is Animal and Spirit Talk? What kind of animals does Karen communicate with? How can this kind of communication be helpful and/or healing for you or your animals?” and more! Listen to the show to learn more about Karen and animal spirit communication.

Karen Daley was featured in an article about her and her psychic abilities in the Fall River Herald. See more here...

SOMERSET – “What he’s showing me is that he’s been fresh: he’s been nipping at the cats. He doesn’t like them,” said animal communicator Karen Daley to the owner of an unruly Parsons Russell terrier. “I’m telling him this isn’t correct behavior and how lucky he is that you took him in.”

Duncan, the spry subject of the session looks up at Daley and blinks.

A nurse for more than nurse for more than 45 years, 40 in ICU, Reiki Master, Medium and Animal Communicator, Daley said she had these abilities as a child, but had put them aside for a while. “I knew what animals were thinking and I always knew who it was going to be when the phone rang,” she said. “As an animal lover, I always wanted to give them a voice.”

Though she prefers to conduct animal communication sessions by phone, speaking with the owners and communicating telepathically with the animal in a way that she said is less distracting, the face-to-face session with Masson and her dog began in same way she begins her phone sessions. “I pray for a few minutes and ask my guides to help me communicate with the animal for the highest and best to help bring healing,” she said. “I introduce myself and tell them I’m a friend of their mom or dad and that they asked me to communicate with them.”

Like many new pet owners, Masson is wondering if the Parson Russell terrier she’s had about four months now is ever going to settle down, stop trying to bite her two cats and comfortably acclimate himself to her home.

So far there’s problems: In addition to trying to bite the cats, he’s also snapped at Masson. And when she puts him into the crate at night, he goes crazy barking because the cats have the run of the house.

Daley listens and closes her eyes as she says, “I’m sending a picture of both of you in a chair together and I’m telling him you used to be the boss, but you’re not now. He’s the last one in the home and there were animals there before him. He will not be allowed to be bossy,” she tells Duncan and his owner.

Over the course of the session Masson discusses the dog’s background. A prize-winning show dog from Canada, the Parson’s Russell terrier was passed around to a few different locations before Masson adopted him. She also said she doesn’t think the previous owner was entirely honest about the dog’s situation.

Throughout the meeting Daley listens to Masson and pauses to send images to the dog of a loving and happy home in which Masson is in charge. She also conveys images the dog sends to her: “macho,” “a king in his chair,” “afraid of being sent away,” “a big dog in a small body.”

After what appears to a quiet, meditative-like conversation with Duncan, Daley tells the owner, “He’s saying he scared and fearful when he’s not in control. That’s why he lashes out at you and the cats. Now I’m showing him that’s unacceptable. That you are going to be the alpha mare,” she said referring to the term to describe a dominant horse.

As the face-to-face animal communication session nears close to 60 minutes, Masson appears to have a better insight into some of the dog’s issues that have been driving his bad behavior and she seems to be a bit more determined to make it work. “Sophie didn’t bring me this dog to have it fail,” she said referring to a beloved dog that passed away. “I looked for a dog for a long time before I found him. I believe he came to me for a reason.”

Like many times through the course of the session Daley tells the owner about the affirmative images she’s sending to the dog. “I’m going to show him that change is good. I’m sending an image of you sitting down at night holding him and petting him and telling him that’s how it will be all the time as you learn to get along,” she said, adding with a slight laugh, “he said he wants more treats.”

Most owners, Daley said, come to her with specific questions about their animal or to address problems such as the ones Masson was facing with her dog. When a client contacts her she said she tells the client to think about specific questions they’d like to have answered so they can make the most use of the sessions, which she offers in 20, 30, 40 and 60 minute segments.

Though she communicates with animals directly, she said she often hears from the animal’s higher self, which will give her the straight answer. “If you ask a dog if he’s getting enough food the answer will be no. But the higher self is there to guide the dog, and will give me the truth,” she said.

And happily, after the meeting with Masson and Duncan several weeks ago, she said Masson sent her e-mail saying they were doing well. “She said she has a lot of rocking chairs in her condo and she curls up with him with a blanket. I think she just needed to stand her power and not let him walk all over her,” said Daley.

6th Sense & Beyond Speaks to the Animal Whisperer, Karen Daly..profound

We have heard of the Horse Whisperer, and that our loving pets do have souls that can communicate with us from beyond. Karen Daley one of our wonderful guests discovered she had the gift from when she was a little girl, to communicate with animals. She talks about how she does that and how the animals communicate with her.

Do you have unanswered questions for your loved ones in spirit?

My mission is to prove the continuity of life by being a connection between those in spirit and their loved ones here on the Earth plane. To provide a safe, loving, atmosphere to assist with hope, healing and closure. To assist animals and their people to bond, understand each other better, increase healing, peace and love. It is a blessing to be able to share and express the knowledge and unconditional love of our dear animal teachers. 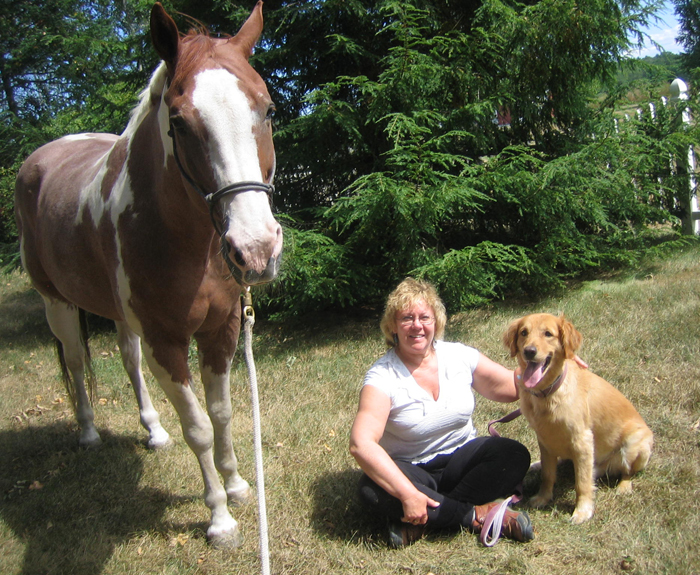 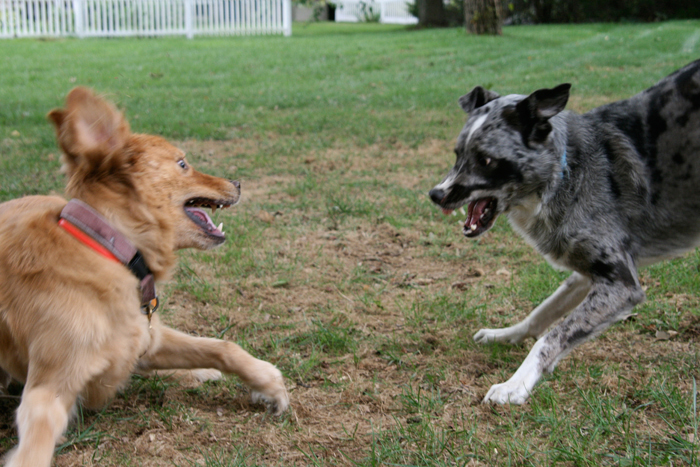 Do you wonder what is going on with your animal friends?

My mission is to prove the continuity of life by being a connection between those in spirit and their loved ones here on the Earth plane. To provide a safe, loving, atmosphere to assist with hope, healing and closure. To assist animals and their people to bond, understand each other better, increase healing, peace and love. It is a blessing to be able to share and express the knowledge and unconditional love of our dear animal teachers.

Let’s find out what the real issue is!

Sometimes aggression in animals is pain, jealousy, or fear.  Let’s get to the bottom of it. What does your animal need or want? 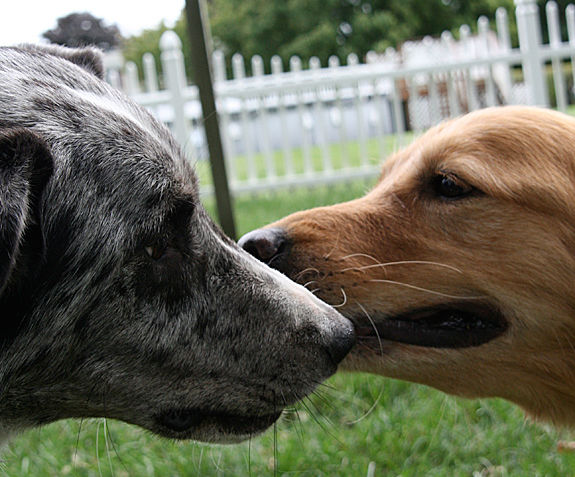 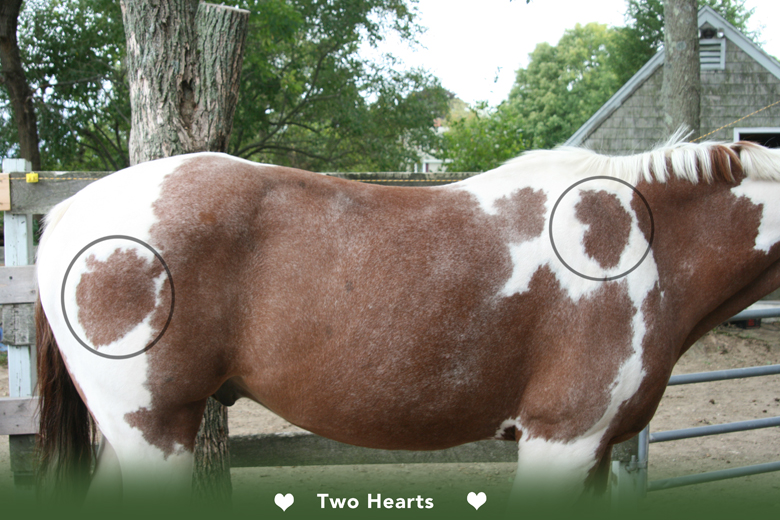 Would you like to have a heart to heart with your animal?

Is there a sudden change in their behavior or attitude and you would like to know why? Contact me for more information and appointment details!

This website is dedicated to: God, Jesus and Mother Mary…without you, I am nothing. To my dear parents: Barbara and Tom who always were and still are there for me even in spirit…their guidance and love is invaluable. To my blessed children: Jason, Rebecca and Chris: who I am so , so proud of. You have all grown into such loving, healing, caring individuals who I learn from every day.

To my loving dogs Bailey and Abbey and horse Doc: you have taught me and are helping me learn my life lessons with love, caring,challenges and to take myself less seriously. To Duncan, Toby and Sandy and my other loving animals in spirit, I miss you all ,you are always with me.  To my mentors: Debbie, Rev. Rita, Tim, Brian, Simon, and Emma: who are always so willing to teach, care, support and give of themselves so lovingly to help me and this world of ours. I am so blessed to call them friends.

To all of my friends, relatives, co-workers and other teachers: thank you for the challenges and lessons I have learned from you all. Lastly, to all my guides, angels, helpers and power animals in spirit: thank you for always being here for me, guiding, teaching and supporting me. I love you all, God Bless.

Are You Ready To Take The Next Step?

What Others Are Saying

“When I received a flyer (in a birthday card from a dear friend) about Karen I was so happy to read about someone who could connect with animals who had passed. I lost my beloved dog, Rosie (a 14 year old collie mix) to cancer at the beginning of the year and even though several months had passed, I was still having a really hard…”

“I’ve had K.C since my daughter was eight years old. Recently, K.C had stopped using the litter box and was going behind the couch. I couldn’t understand after all these years why she was changing. Karen told me that she felt that K.C was allergic to the cat litter which I had recently changed. After changing the litter, K.C went right in. There hasn’t been…”

Have a question? Get in touch!